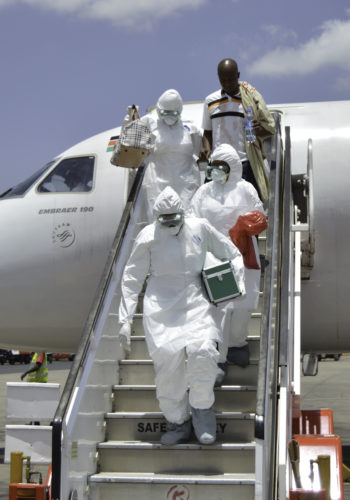 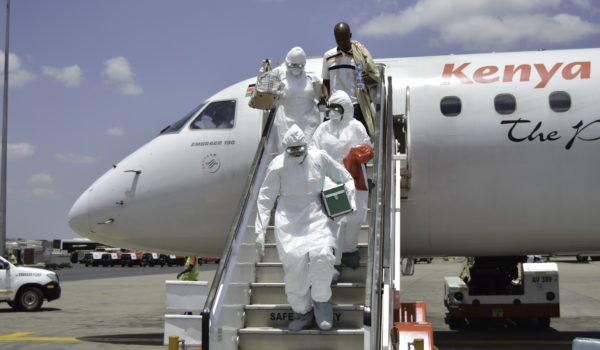 The Scenario:
A passenger on a Kenya Airways flight destined for Nairobi, from an International destination developed symptoms of a communicable disease midair, and collapsed on board.
The airline’s cabin crew attended to the sick passenger and alerted the captain who in turn alerted the air traffic control at JKIA.
On Landing, the Aircraft was guided by KAA’s Ground controllers and was parked at a pre-determined gate.
Port Health and other medical emergencies services quarantined the Aircraft and the “sick ‘passenger evacuated to a referral hospital.

All airports under ICAO regulations and standards are obligated to conduct such drills to put to task their level of preparedness and safety standards.