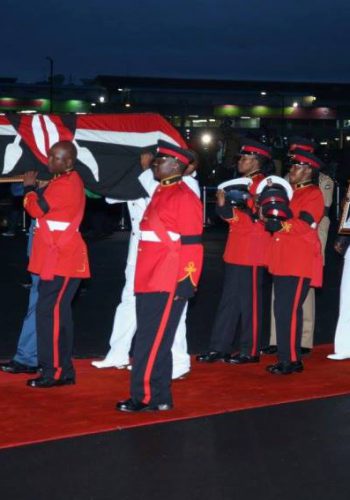 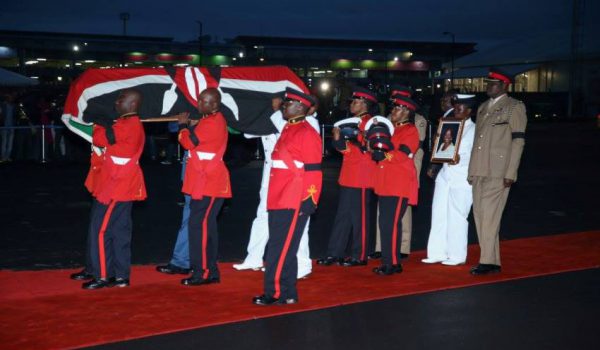 There was grief and gloom at the Jomo Kenyatta International Airport (JKIA) in Nairobi Sunday morning as the body of former First Lady Lucy Kibaki arrived from London where she had passed on Tuesday morning.

The plane carrying the body of the former First Lady touched down at JKIA shortly after 5am with former president Mwai Kibaki among those on board.

A short prayer was conducted for the late Lucy Kibaki, presided over by Father Dominic Wamugunda before the body was taken to Lee Funeral Home.